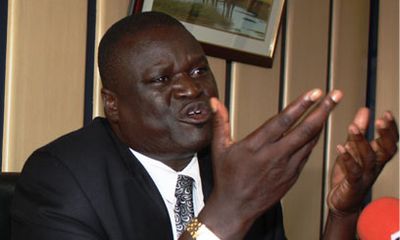 Hon. Joshua Ojode was born in December 29, 1958 in Ratanga Village, Homa Bay County. He went to Ratanga Primary School from 1966 to 1972. From there, he attended the prestigious Maranda National School from 1973 to 1976.

The Ojode family has had their fair share of family suffering and tragedies.  Hon. Joshua Ojode's brother, the late Odira Ojode was executed for allegedly being involved in the 1982 attemped coup in Kenya. In May 11, 2009, Hon. Orwa Ojode survived a helicopter crash in Kapsabet after a meeting at the Kipchoge Keino Stadium.